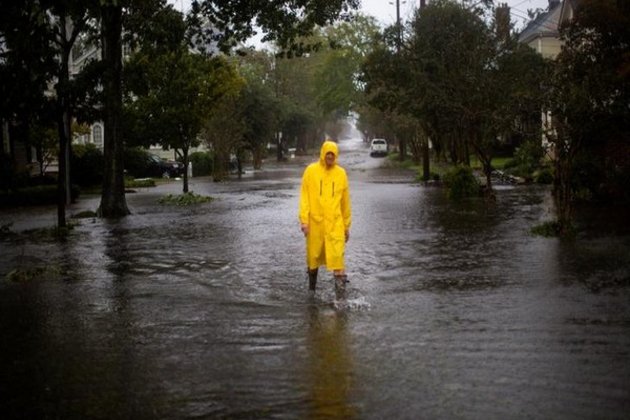 Quetta [Pakistan], July 5 (ANI): Six people were killed and over a dozen others were injured in rain-related incidents in Balochistan on Monday, according to media reports.

The deceased included two women and three girls and five people were reportedly swept away by floodwater, Dawn newspaper reported on Tuesday.

Heavy rains with strong winds started in many areas of the province on Monday afternoon.

Dozens of mud houses collapsed as heavy rains with thunderstorms lashed Quetta, leaving many trees and electricity poles uprooted, Dawn reported, adding that the provincial capital and its surrounding areas were plunged into complete darkness after 33 of 72 feeders of the Quetta Electric Supply Company (Qesco) went out of order.

According to the Met office, northern and central parts of Balochistan will receive more heavy rains with thunderstorms.

Geo News quoting Jawad Memon reported that a weather system is expected to be developed in the northeast and northwest of Karachi. In addition to this, rain-bearing clouds gathered over Thatta, Badin, Nooriabad and Kirthar may move towards the city, he added.

"Light-to-heavy rains are expected in Karachi after 2 or 3 pm," said the meteorologist.

In a statement, the Pakistan Meteorological Department said rain with thundershower is expected in Sindh, Balochistan, Islamabad, upper Punjab and upper Khyber Pakhtunkhwa today. (ANI)Earlier, at least five members of a family were killed and four others injured in an accident after a wind storm and heavy rains lashed the Lahore province of Pakistan.

The accident took place after a wall of the house in the Awan Market, Bank Stop area collapsed. A 14-year-old boy is the only survivor from the family while five members including three children lost their lives in the accident, the Dawn reported. (ANI)