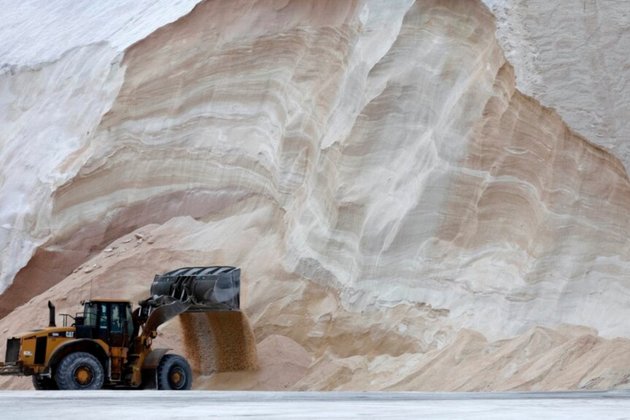 Northeast US Braces for Blizzard; Thousands of Flights Canceled

NEW YORK - A powerful winter storm was forecast to hammer the U.S.' New England and the Middle Atlantic regions this weekend with up to 60 centimeters of snow, bringing the potential for coastal flooding, power outages and significant travel woes.

Airlines have canceled more than 5,000 flights scheduled to depart between Friday and Sunday, according to the flight-tracking service FlightAware. A total of more than 8,500 flights were delayed.

The storm was developing as a low-pressure system off the Southeast coast and was expected to gain in intensity as it moves up the East Coast, the National Weather Service (NWS) said.

The NWS issued a blizzard warning for the Boston metropolitan area and its nearly 4.9 million residents on Friday.

'Expect whiteout conditions and nearly impossible travel at times. The strong to damaging winds will lead to scattered power outages. Also, significant coastal impacts are possible, including coastal flooding and beach erosion,' the weather service said in an advisory.

Forecasters said up to 60 centimeters of snow could fall across the region and wind gusts of 112 kph could be expected starting early Saturday. Southeastern Massachusetts, including Cape Cod and the island of Martha's Vineyard, were expected to get the highest snow totals.

Winter storm advisories and warnings were also in effect from the Carolinas up through Maine, where snow was forecast to start falling Friday afternoon and expected to continue Saturday. Wind gusts could reach 80 kph.

'It will make travel pretty much impossible,' said Patrick O'Hara, an NWS meteorologist based in New Jersey. 'It is the first very big storm of the year.'

The storm was approaching nearly 44 years to the day when a monstrous blizzard crippled New England. Striking with little warning and dumping more than 68 centimeters of snow on Boston, the 1978 storm killed dozens of people, trapped others in their homes and shut down major highways for a week.

Photographs posted on social media showed shoppers crowded into grocery stores, picking shelves clean as they stocked up on essentials ahead of the storm.

'I just spent over $100 for groceries ahead of this alleged 'storm.' Snow girl, if you gon' do it, do it big,' Twitter user ChelsLynne17 posted on the social media platform.

The weather service warned that blowing snow could significantly reduce visibility and strong winds could bring down tree branches and knock out power in parts of the region.

Libraries, churches, clinics and various retail stores in the region said they were closing Saturday.

'We will be closed tomorrow, Saturday the 29th, for the snowstorm. Call us wimps, if you dare ...' said RiverRun Bookstore, a Portsmouth, New Hampshire, retailer, in a tweet.