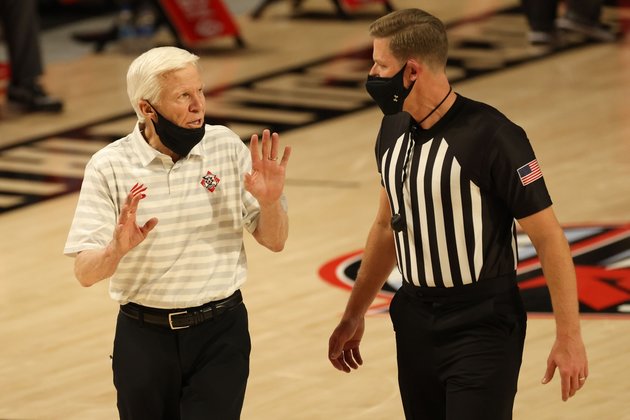 No. 25 Davidson aims to get back on track vs. La Salle

It might take time for Davidson to regain some of the swagger it possessed earlier this week.

The No. 25 Wildcats might as well get started with Saturday afternoon's game against visiting La Salle.

Davidson had moved into the national rankings for the first time this season Monday, yet thatmight be short-lived. The Wildcats dropped a 70-68 decision at home to Virginia Commonwealth on Wednesday, a result that brought a halt to the nation's longest active winning streak at 15 games.

"To have one loss impact our feelings, we're not going to accept that," Davidson coach Bob McKillop said. "What we are going to accept is the fact that we had a bad performance, but we never stopped fighting."

"We can look at each other and acknowledge that we did not play very well," McKillop said.

Still, Davidson cut a 15-point deficit to just one before it was unable to complete a comeback.

"We were relentless with our toughness, with our fight down the stretch," McKillop said. "We got ourselves back in the game. Let's use that and not allow one loss to become two losses."

By re-emerging on the national scene, the Wildcats find themselves in a bit of a different situation.

"You're getting everybody's best shot," Davidson guard Michael Jones said. "We just didn't execute well at times. We've just got to learn from it, get better and take it on to the next one."

It was a cruel reminder of walking off the court after a defeat.

"We didn't have to feel this from the last 15 games," Jones said. "This team has a special way to keep fighting. But we can build on it."

McKillop said he hopes the energy from the crowd that was on display Wednesday night is repeated for this next game.

La Salle (6-11, 1-6) had a different kind of setback Wednesday. The Explorers failed to hold on after leading by 16 points in the second half of a 77-71 home loss to Massachusetts.

"You got to play 40 minutes," La Salle coach Ashley Howard said. "Play for each other and together for 40 minutes. We haven't been able to get there yet. That's a part of the growth for our team, being able to do that. that's what La Salle has to do."

The Explorers have a three-game losing streak, but those results have come by a total of 16 points.

Unusual trouble in rebounding as well as turnovers hounded La Salle in its latest game.

"It was a combination of things," Howard said.

The visit to Davidson will be a home-state return for La Salle's Josh Nickelberry, a transfer from Louisville who is from Fayetteville, N.C. Nickelberry and Clifton Moore share team-leading honors, scoring 12.4 points per game.

Davidson's Luka Brajkovic is averaging 14.4 points (third-best on the team) and 7.1 rebounds per game and is coming off a 23-point, 12-rebound effort against VCU.

"He certainly is distinguishing himself as somebody who's going to have the attention of a lot of opponents," McKillop said.