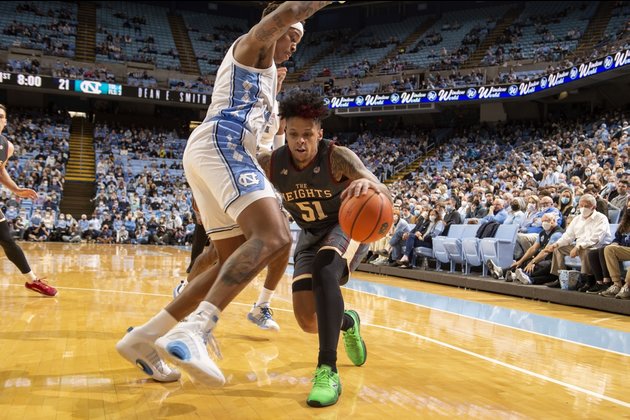 RJ Davis added 13 points for North Carolina (14-6, 6-3 Atlantic Coast Conference), which has won twice across a three-night span at home after a couple of blowout road losses last week.

It took a stout late-game defensive effort to maintain the lead on Wednesday. North Carolina shot just 29.1 percent from the floor.

The Tar Heels won despite Armando Bacot's streak of double-doubles ending at 10 games. He had six points -- shooting 1-for-10 from the field -- but grabbed 18 rebounds.

Quinten Post scored 10 points off the bench for Boston College (8-11, 3-6), which has lost twice this month to North Carolina. The Eagles shot 33.3 percent from the field, making just 1 of 16 of their 3-point attempts.

The Tar Heels improved to 11-0 in home games.

It was the third game in five days for both teams, who both played a makeup game on Monday. The Eagles had a rough two-game trip, as they lost 87-57 at Wake Forest on Monday.

He didn't score in the second half until 8:44 remained, when he gave the Tar Heels a 50-43 edge before the team's scoring drought of more than four minutes allowed the Eagles to get as close as 50-47. Love had the next basket.

Boston College didn't score in the final 7:12. Love and Davis both went 2-for-2 at the foul line in the final minute as the Tar Heels ended up 20 of 25 on free throws. The Eagles were 6 of 8 from the line.

North Carolina's Dawson Garcia, who averages nine points per game, missed his second game after leaving early in the week because of family medical situation.