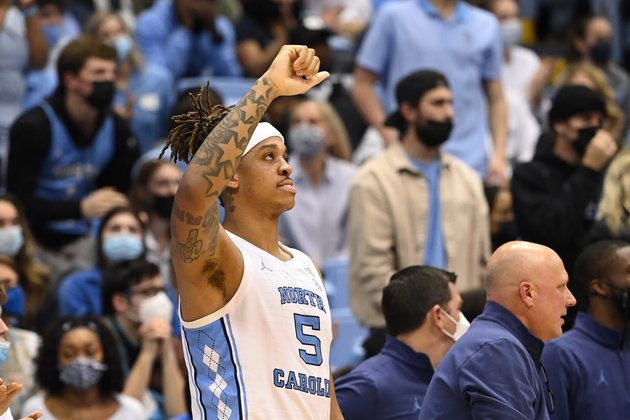 Following a miserable week with a busy week, North Carolina hopes it's a beneficial stretch.

The Tar Heels began a three-games-in-six-days gauntlet with a victory Monday and will host Boston College on Wednesday night in Chapel Hill, N.C.

"It's easy to build off a win," North Carolina coach Hubert Davis said. "We're feeling good. This is the first time I've seen them with smiles on their faces in a little over a week. ... I just felt like our togetherness was really good. Last week was hard. We didn't play well. We didn't play well against really good teams."

"We've got to learn from it," Boston College coach Earl Grant said. "We've got to be honest with each other."

Since Saturday, there are common threads with the results for Boston College and North Carolina.

The Eagles won a narrow home game against Virginia Tech on Saturday before the Wake Forest result. North Carolina was a blowout victim Saturday night at Wake Forest before pulling away in the final minutes to defeat Virginia Tech.

Even with some ugly scoring droughts in the Virginia Tech game, there were rewards for the Tar Heels. North Carolina had five players with double-figure point totals for the first time this season.

"We have versatility on the offensive end," Davis said. "There are going to be difficult and hard times when we're not scoring the basketball."

Even though he fouled out, North Carolina's Armando Bacot notched another double-double, so he has a 10-game streak of those for the longest stretch for a Tar Heel since Billy Cunningham in the 1964-65 season.

North Carolina forward Dawson Garcia missed Monday night's game because he was heading out of state to tend to a family medical matter. He averages nine points per game.

Boston College shot 25.4 percent from the field against Wake Forest, and Grant said the Eagles didn't respond well after a victory two days earlier. Now it's a similar turnaround.

North Carolina began the new year by winning 91-65 at Boston College on Jan. 2. Caleb Love led the Tar Heels that day with 22 points, while Bacot had 18 points and 11 rebounds.