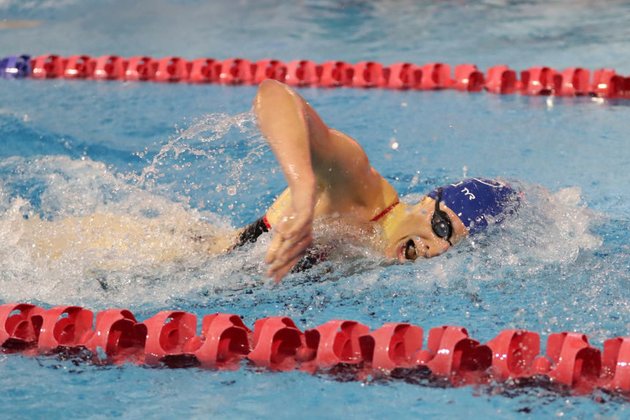 A transgender facilitator who was part of an LGBT inclusivity program organized by the National Collegiate Athletic Association (NCAA) in the US has resigned days after the body announced a controversial decision over trans athletes, citing a lack of support for gender-diverse students and suggesting that they have been placed at increased risk of discrimination.

Dorian Rhea Debussy watched on as the NCAA, which is responsible for regulating athletes and activities at more than 1,000 facilities across the US, effectively passed the responsibility for transgender athlete eligibility to the governing bodies of each specific sport.

University of Pennsylvania star Thomas, who has undergone hormone therapy while transitioning to become a woman, has smashed records and won several recent races to qualify for competitions on the national stage.

"As a non-binary, trans-feminine person, I can no longer, in good conscience, maintain my affiliation with the NCAA," said Debussy, writing a passionate argument outlining her fears to the association's president, Mark Emmert, in a letter published by advocacy organization Athlete Ally.

"I'm deeply troubled by what appears to be a devolving level of active, effective, committed and equitable support for gender diverse student-athletes within the NCAA's leadership.

"I - as one of the few transgender and/or non-binary facilitators and as the only trans-feminine facilitator - cannot remain quiet about recent developments at the NCAA."

One of only 54 certified facilitators, Debussy said she has seen a "historic rise in anti-trans legislation" during her three years with an NCAA program that was launched in 2019, including initiatives aimed at "restricting the participation of transgender, non-binary and intersex student-athletes."

Attempts to pass dozens of regional bills barring transgender athletes from competing in women's sports have been developed with varying levels of success across the country, with some states adopting bans.

Supporters of the bills have argued that they protect female athletes from unfair competition, while their opponents argue that they are discriminatory and even a breach of basic human rights.

Debussy said that the NCAA had taken a strong stance to back LGBTQ+ rights gender-diverse athletes over more than a decade, including a previous policy that supported trans-feminine and non-binary student athletes.

But she warned that their "steadfast approach" - including moves against "anti-trans" legislation - had waned recently.

Addressing the NCAA's claim that its policy is partly informed by International Olympic Committee measures, Debussy suggested that there is a lack of provision for non-discriminatory language and no "clear and direct expectation for a trans-inclusive environment".

"In the midst of a continued national wave of anti-trans legislation that is often aimed at gender-diverse youth and young adults, I find the NCAA's public response to this important issue as inadequate and troubling at best," she said.

"I hope that the NCAA will quickly, actively, competently and then consistently engage gender diverse student-athletes, coaches, administrators and fans, so that they can better understand the impact and consequences of their most recent actions on the lives of our transgender, non-binary, and intersex youth and young adults."

The NCAA pulled seven championships from North Carolina after the state passed the much-malgined 'bathroom bill' in 2016, which stipulated that transgender people must use toilets corresponding to their biological sex.

"Like the Olympics, the updated NCAA policy calls for transgender participation for each sport to be determined by the policy for the national governing body of that sport," it said in a press release about the updated policy, which will be adopted in winter 2022.

National body USA Swimming has also said it will update its guidelines, adding that it "firmly believes in inclusivity" and the chance for athletes to swim according to their "gender identity and expression".