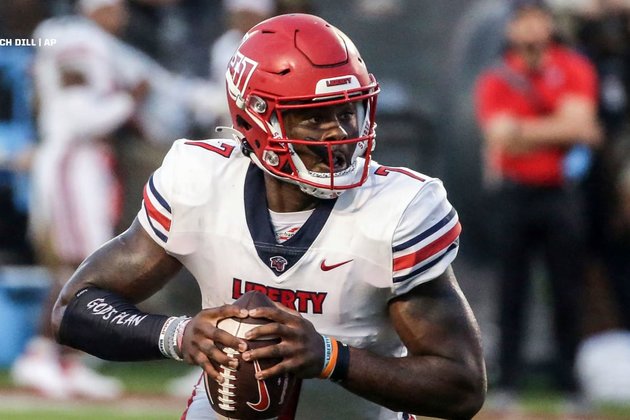 A closer look at the Lions' Senior Bowl roster: Offense

Senior Bowl practices are just a week away, and the Detroit Lions and New York Jets now know which players they'll be coaching in the week-long all-star showcase of the best senior talent entering April's NFL Draft.

Here's a look at the offensive talent the Lions will get an up close look at down in Mobile, Ala. next week:

Willis has electric athletic ability and arguably has the highest ceiling among this group. The Auburn transfer completed 61 percent of his passes for 2,857 yards with 27 touchdowns and 12 interceptions, while also rushing for 878 yards and 13 scores this past season. He's got a big arm and the athletic traits NFL teams love.

Howell saw his stock drop a little bit this season due to a couple bad performances, but he did lose all of his skill-position weapons to last year's draft. He still threw for over 3,000 yards with 24 touchdowns and nine picks. He also rushed for 828 yards and 11 touchdowns. He's athletic and has a chance to cement himself as the top quarterback in the group with a good week in Mobile.

Zappe set the NCAA record for passing yards (5,967) and touchdowns (62) this year while completing nearly 70 percent of his passes. He won't wow teams with his physical talents, but his anticipation and ability to read coverages and know where to go with the football are next level.

Need at quarterback: Moderate. The way Jared Goff, 27, finished this past season makes him the starter headed into next season, and the Lions should feel pretty good about that as they continue to add weapons around him. Backup quarterbacks Tim Boyle (unrestricted) and David Blough (restricted) are free agents, however, which means the Lions could be on the lookout for a young signal caller to start working with behind Goff.

Cook is the younger brother of Minnesota Vikings Pro Bowl running back Dalvin Cook, and he is one of the better backs in this year's class. He has good speed and vision at 5-foot-11, 190 pounds, averaging better than 6.0 yards per carry in all four of his seasons at Georgia. He also caught 27 passes this past season.

Robinson, Pierce and Price are all bigger backs that tip the scales at 215+ pounds. Robinson is an intriguing prospect at 6-foot-1, 228 pounds after gaining 1,336 yards on the ground (14 touchdowns) and catching 36 passes for the Tide this past season. That's some serious size and versatility.

Need at running back: Low. D'Andre Swift, Jamaal Williams, Craig Reynolds and Jermar Jefferson are all under contract next season. Godwin Igwebuike is an exclusive rights free agent, which means if the Lions want him back, and I don't see why they wouldn't, he'll be back. It's a pretty deep and talented running back group for the Lions, which means there shouldn't be a high priority to add to the group until maybe later in the draft if the prospect really fits the draft spot.

Tolbert is arguably the best receiver in the group, and he'll have a little home-field advantage having played at South Alabama. He recorded back-to-back 1,000-yard seasons for the Jaguars. He's got great size (6-3, 190) and is a terrific vertical threat who wins the majority of the 50-50 balls thrown his way.

Roberson and Austin are also vertical threats. Austin averaged 16.3 yards per catch and Roberson averaged 15.7 yards per catch through their college careers. Austin (5-9, 162) is quick and is coming off back-to-back 1,000-yard seasons. He'll make some tantalizing plays in one-on-one drills against the cornerbacks next week.

Need at wide receiver: High. Amon-Ra St. Brown had a record-setting rookie season in Detroit as GM Brad Holmes looks to have hit a homerun with the fourth-round selection. Quintez Cephus will be back off injury next year, but the Lions have to add some talent and depth to the position, even if they re-sign free agents like Josh Reynolds and Kalif Raymond.

Bellinger has the kind of size (6-6, 255) and versatility NFL teams are going to love. He's probably the best blocker of the bunch, but can give teams something as a pass catcher too. Likely is the best pure pass catcher in the group, coming off a 59-reception, 912-yard season where he recorded 12 touchdowns and averaged 15.5 yards per reception.

Need at tight end: Moderate. Detroit will likely be on the lookout for a third option behind T.J. Hockenson and Brock Wright.

There's a lot of position versatility among the group. Salyer and Shaffer were the starting left tackle and left guard for the national Champion Bulldogs. Salyer could slide inside to guard in the NFL. Kinnard is an interesting prospect to keep an eye on next week. He was Pro Football Focus' top run-blocking tackle in 2021. We could see him play some guard next week too.

Need at offensive line: Low. All five starters and a number of key reserves are under contract for next season. Offensive line might currently be the most stacked position group on the Lions roster.