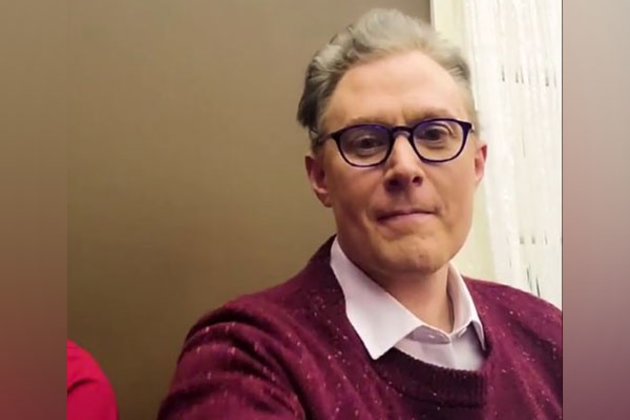 Washington [US], January 11 (ANI): Clay Aiken, the former 'American Idol' runner-up, would be making a second bid for Congress in his home state of North Carolina.

According to Fox News, Aiken will run as a Democrat in the 6th Congressional District after previously making an unsuccessful bid for the U.S. House of Representatives in 2014.

Currently, the district that Aiken is running in includes Chapel Hill and other Orange County communities, plus Apex, Morrisville, most of Cary and a sliver of Raleigh.

However, reports suggest that the situation remains fluid as a three-judge panel in Wake County Circuit Court will rule on three lawsuits that were filed that seek to challenge how the General Assembly has drawn the maps for 14 Congressional seats and the state Senate.

As a result, Aiken and other hopefuls cannot formally file for their races. However, that didn't stop the former 'American Idol' contestant from launching his campaign intention with a video on social media.

Aiken opens the video by noting that life has changed for him in the 20 years since he debuted to the public on the singing competition.

"I came home, I came out, I became a father. These days, my life looks a lot more like yours than Justin Biebers', that I can promise you," he said in the video.

Aiken added, "But one thing that's never changed for me is how much I love my home state. North Carolina is the place that I discovered first that I have a voice and that it was a voice that could be used for more than singing."He went on to note that North Carolina used to be a "progressive beacon in the South" before naming specific politicians like U.S. Rep. Madison Cawthorn and North Carolina Lieutenant Governor Mark Robinson.

Aiken compared the duo and their rhetoric to Rep. Marjorie Taylor Greene and Rep. Lauren Boebert.

He continued, "These people are taking up all the oxygen in the room and, I've got to tell you, I am sick of it. As democrats, we have got to get better at speaking up and using our voices because those people aren't quieting down any time soon. That's why I am running for Congress, here in this community that raised me and where I first discovered my voice."The singer-turned-politician went on to outline a candidacy that will dedicate itself to "stopping climate change, systemic racism, income inequality, gun violence" and to "securing voting rights, free healthcare and a women's right to choose.""We are the ones who are going to solve the country's biggest problems, and we are the ones who are going to defend our most precious rights," he added.

Aiken concluded by noting that he would be the first openly-gay Congressman from the South if he were elected.

"If the loudest and most hateful voices think they're going to speak for us, just tell them I'm warming up the old vocal cords," he said at the end of the video.

As per Fox News, Aiken previously ran against Republican Renee Ellmers in 2014 but ultimately lost the race in what was then the second District by 18 points. (ANI)