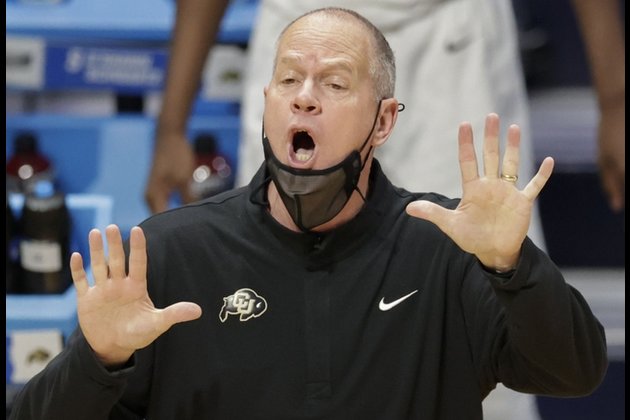 The conference schedule doesn't usually kick off until January, but the Pac-12 is getting a couple of games in the books early.

Stanford and Colorado dip their toes into conference play when they meet Sunday night in Boulder, Colo. Both teams are coming off wins and look to get an early lead in the Pac-12 standings before resuming a nonconference schedule.

The Cardinal (4-2) suffered a blowout loss against No. 6 Baylor but has bounced back, beating North Carolina AT on Tuesday. Harrison Ingram continued his impressive start to his Stanford career with a 14-point, 10-rebound double-double after two games in which he scored just four points in each.

Before that, Ingram had 19 points and 11 rebounds against San Jose State.

"He's physically ready, as we see, to play at this level," Cardinal coach Jerod Haase said of Ingram. "Obviously, he can score the basketball and dominate the game that way, but when he's in the game and the ball's in his hands, he has the ability to make others better."

Ingram will face a Colorado team that rallied to salvage two wins in the Paradise Jam Tournament at St. Thomas, Virgin Islands, before Thanksgiving. The Buffaloes (5-1) have had a few thrillers in their first six games, rallying in two of those to force overtime where they eventually won both.

The offense struggled a little in that victory, but coach Tad Boyle was happy with the way the defense played.

"Defensively, we took a step in the right direction," Boyle said after Monday's win. "Our offense was anemic -- and we got good looks. Our post guys didn't finish well around the rim and on the blocks. We had some really good looks from (behind the arc) and they didn't go in. But we found a way (to win)."

Despite the offensive struggles, Colorado has gotten good play from Keeshawn Barthelemy, who leads the team in scoring at 15.3 per game, and Jabari Walker, who is averaging 14.2 points in six games.