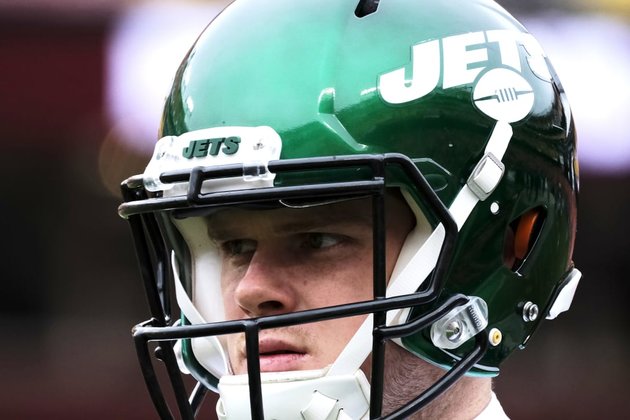 A change could do Sam good

There was a specific moment when Josh McCown realized Sam Darnold had a chance to be special - or at least the ability to survive, and those two qualities might actually be the same.

McCown was on the sidelines as the Jets' backup quarterback when Darnold's first pass as a professional player was intercepted and returned 37 yards for a touchdown against the Lions.

"Heck of a way to start your career, man. I mean, you didn't even make the tackle," McCown told the rookie as he walked past, trying to lighten the mood.

"He just laughed, kind of smiled, and shrugged it off," McCown recalled. "To me, the thing that stands out about Sam is his ability to move onto the next thing.

And having been drafted third overall to save such a franchise, after a brief-but-bright career at Southern Cal, the weight of expectations can be crushing. That's especially true if you're thin-skinned, or undisciplined, or not accustomed to the attention that's coming whether you want it or not.

But with Monday's trade that brought Darnold to the Panthers, those who know him think the chance to reset his professional career, to come to a place where the lights don't shine as brightly - and where there are actual players to join him on offense - will allow him to flourish.

"I think the mentality the city of Charlotte has, the state of North Carolina has, he'll feed off that," said Southern Cal coach Clay Helton, who was coaching at Duke in 1995 when the Panthers were born but Darnold hadn't been. "I think the fan base there will end up loving him, because he's one of them."

Well, maybe not exactly, but the point Helton's trying to make could still hold up.

Darnold grew up in San Clemente, Calif., at home on the warm beaches of Orange County. His dad was a plumber and his mom was a middle school phys ed teacher, which is why Helton refers to Darnold as "the ultimate blue-collar kid." But Darnold's also accustomed to being known. His grandfather Dick Hammer was the cowboy hat-wearing Marlboro Man from the cigarette ads of the 1970s, an Olympic volleyball player and a firefighter and an actor, the kind of larger-than-life character from which the step to star quarterback in Los Angeles and New York is a short one.

Darnold's own relationship with publicity is accepting, if not eager.

Katie Ryan, the assistant sports information director at Southern Cal, acknowledged that Darnold does media out of obligation rather than preference. But she can't say enough good things about the quarterback she met his first day on campus.

"You're going to looooove his family," she said to begin, stretching it out for emphasis.

"He's just super-normal," Ryan said. "There are a lot of guys like Sam who are, 'I'm an NFL player, look at me,' but he's not the kind of guy who views himself as any kind of celebrity. There are people who want to be Instagram-famous, but that's not him."

Beyond working as a conduit between the football team and the press, Ryan also helped Darnold step to the other side of the microphone. In 2017, as part of a Heisman campaign the school planned, she helped facilitate the "Season of Sam" podcast.

Paired with Pac-12 Networks college football analyst, filmmaker, and author Yogi Roth (a good teammate whose help allowed him to shine), Darnold hosted a season-long series of interviews with a number of celebrities from the world of sports and entertainment. In the first episode, he interviewed sports talk show host Colin Cowherd, and proceeded through episodes with Dodgers star Justin Turner, hockey legend Luc Robitaille, Seahawks coach Pete Carroll, movie star Will Ferrell, and signer Sam Hunt. "The one guy Sam wanted that we couldn't get was Tom Brady," Ryan said. "Tom said no." By the time Darnold did an episode with sport psychologist Dr. Michael Gervais late in the year, you could tell he had become more comfortable as an interviewer, asking better questions and generally being more conversational and more at ease with the process.

"The one thing I can tell you about Sam with the podcast is how coachable he was," Ryan said. "He was learning the other side of things, and he made an incredible effort to listen and to learn.

"But he just has a quiet confidence, that he knows what he's good at and what he needs to work on."

If that sounds like something a football coach would also say about him, it's not an accident.

Helton raves about his former quarterback, but ball coaches tend to do that. Asked if there were things he could point out that Darnold wasn't particularly good at, the question stumped him for a second.

"God almighty, there ain't too many," Helton said with a laugh.

The best he could come up with was that Darnold "is not good at bragging on himself." Fortunately for him, others are willing to take up the torch, and Helton might be chief among them.

"The biggest thing I can say about Sam is that he's the same guy, every day," Helton said. "There's an accountability, a sense of ownership, and he always shows the same attitude and effort every day. That's the thing you appreciate as a head coach. Whether things are good or bad, Sam owned it."

With the player Darnold became at USC, it's easy to forget that his path to the starting job wasn't clear. The Trojans had recruited another five-star quarterback in that class, a young gentleman named Ricky Town. While it would take a year for Darnold to win the starting job, Town transferred early in their first fall camp when it became clear he had been leap-frogged.

"All Sam ever asked for was a chance to compete," Helton said. "When you walk into the quarterback room here, there's going to be talent. But he just wanted to know that he'd have that chance. We took both of them, and Sam saw it as a challenge."

There are football things Helton can go on and on about. When a quarterback leads a team to nine straight wins and a Rose Bowl, there will be highlights to discuss.

But the coach kept coming back to things coaches love about players that don't necessarily have anything to do with the sport itself.

Darnold was on track to graduate from high school in December, and enroll early at USC. But after he missed his junior year with a foot injury, he asked Helton if he thought it would be all right to stay in high school a few more months.

"I get a call the day before Christmas, and Sam starts talking about the opportunity to play basketball at San Clemente," Helton said. "I mean, that's about the coolest thing ever, that a guy in his position wanted to help his high school basketball team.

"Everything he does is about team over self."

Unfortunately for Darnold, he went to a place after college where the team wasn't nearly as good, and he wasn't nearly enough to fix it.

His 13-25 record as a Jets' starter was indicative of the team as a whole, if not his own game. Darnold had a hand in it, as he turned the ball over far too often. His 39 interceptions were more than his 38 games played, but he also never had much in the way of help.

Getting caught on the tail end of the Todd Bowles era, the regrettable Adam Gase period, and in the mismatched timelines of general managers Mike Maccagnan and Joe Douglas, Darnold was never provided the solid footing a young quarterback (he was 21 and the youngest starter in the modern era when he threw that first pick-six) needs to thrive.

Like a lot of people, McCown believes being in Carolina will be good for Darnold, with less pressure and more help. But he also thinks the experiences in New York will be reflected in the work Darnold puts in here.

"They're getting a player who has been through a lot the last three years," McCown said. "But Sam's a guy whose jaw is set, and he's going to work to achieve the goals he set in this league.

The New York years were rough on Darnold, and the Jets have quickly moved on to a new savior.

They were willing to trade Darnold to the Panthers for a sixth-rounder this year and two picks next year (a second and a fourth) in part because they have the second pick in this year's draft and appear to have fallen for Brigham Young quarterback Zach Wilson.

"People have to remember, Sam's still just 23," McCown pointed out. "If he was in this draft, he'd be Zach Wilson."

Maybe it will work better this time, with Wilson paired up with an ascending coach in Robert Saleh, and a GM in Douglas who can grow with them.

McCown hopes so, because he saw the negativity begin to swallow Darnold, as he became a scapegoat who was easy to discard, as the Jets started their own reset.

"The market plays a part into what happens on the field," McCown said. "When they draft a guy where they drafted Sam, there's an expectation that he's there to save the city. Well, when it's third-and-14 and what you really need to do is check down to the running back, that thought of, 'I have to save the city' creeps in your head."

It's a lot to overcome. Those who know Darnold and have watched him work think he's equipped to handle it.

"With Sam, every experience is a good experience," Helton said. "It may be adversity, but it allows you to grow. His time in New York is going to allow him experience other people can't handle. His training in Los Angeles and New York is something not everyone goes through.

"I still can't believe he's still just 23. I love the fact he's getting this opportunity, to work with this coaching staff and those players. I'm happy for Sam, that he's getting that opportunity for a fresh start. I think he's going to make the most of it." 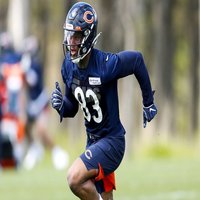 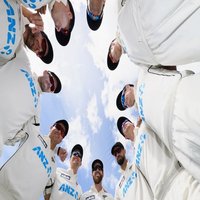 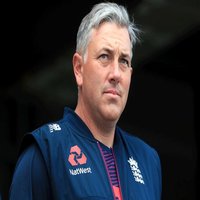 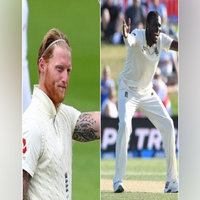 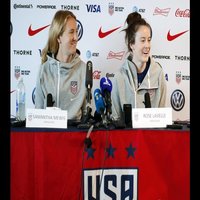 Government says students to keep masks on for this school year

U.S. to invest $52 billion for manufacturing, R&D of computer chips

Patrons party in Poland after Covid restrictions dropped for bars

Restrictions tightened for 2 weeks in Taiwan as Covid infections jump

Amazon defeats EU in bid to collect $303 million in taxes